Week two has come and gone and we have found some interesting things at Johnson’s Island. One of the excavators, Caitlyn, found part of a small animal skeleton that she named ‘Clarence’. However we could not find the skull that day. We initially thought the skeleton could have been a rat, but we weren’t entirely sure. The next day we mapped and removed ‘Clarence’ from the site and tried to discover what ‘Clarence’ was by comparing the bones to faunal remains in the comparative collection at Heidelberg University. 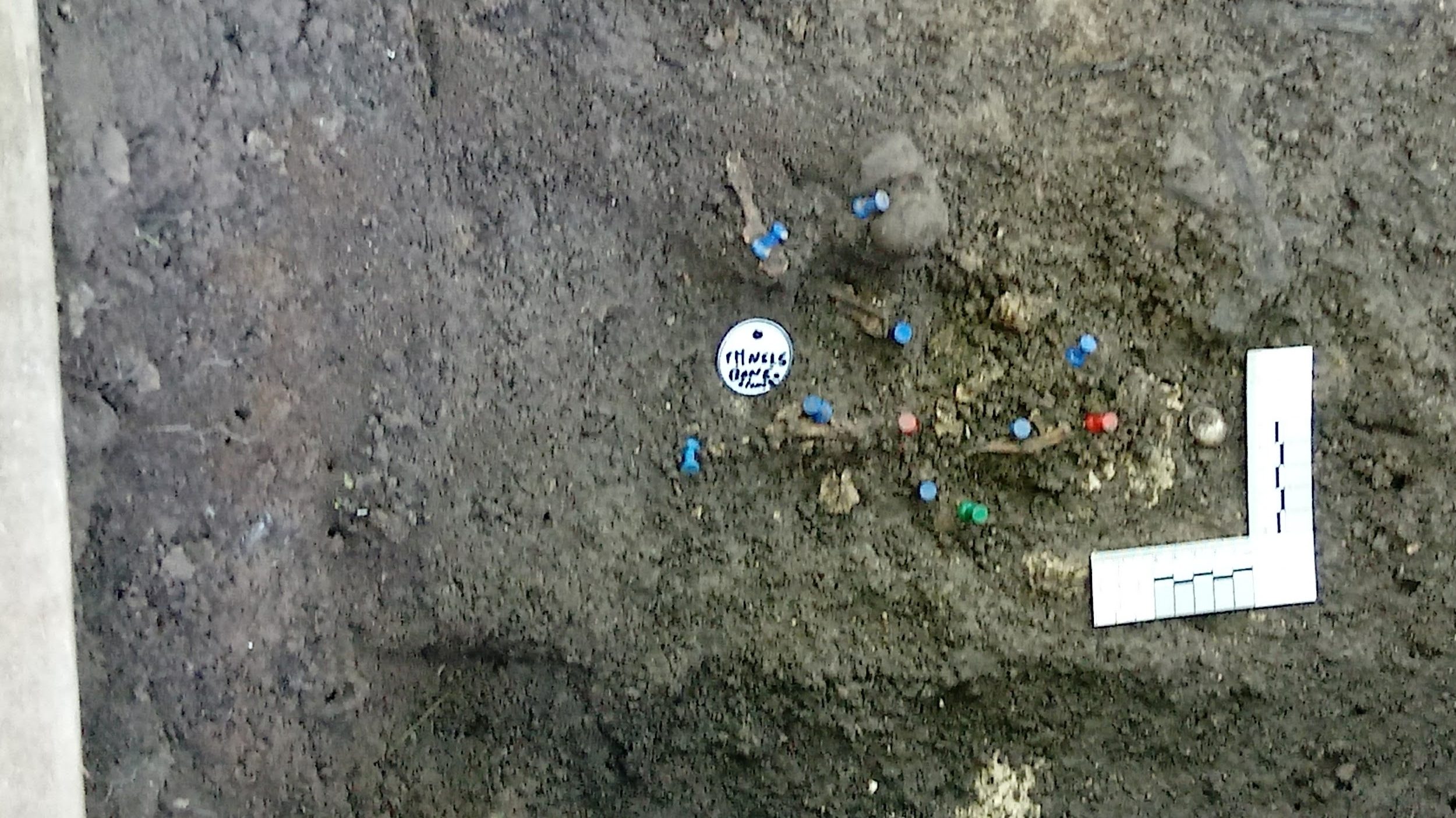 The first part of ‘Clarence’ 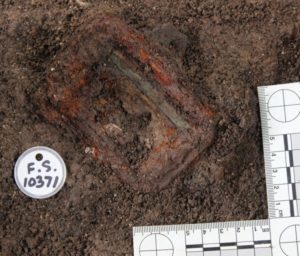 On Wednesday, we were tasked with removing the remaining wood that was left in the latrine. After we had carefully removing most of the wood and had begun to dig down to the requested level we noticed part of an object sticking out of the dirt. Once we had removed most of the dirt covering the object we discovered that the object was of a metallic nature. We theorized that it’s a metal box but other than that we are unsure of what it held or if it had any other purpose. 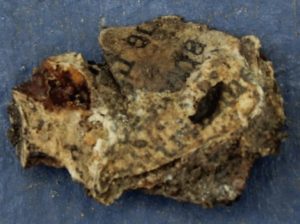 While working in the latrine, Sarah D, on her first day out there, came across a large clump of lime near the small animal skeleton. Inside the lime we found preserved newspaper. We have as of yet only managed to retrieve a few smaller pieces from the larger mass, however we are hopeful we can excavate the mass in one piece. We hope to be able to find a date within it as well so we have a date for the entire layer.

Another one of the excavators, Whitney, uncovered what was originally thought to be another small animal skeleton. It was thought to be a bird and not a part of ‘Clearance’, the skeleton that was found earlier near the same spot. However, after careful excavation and removal, it turned out to be the rest of the small rodent skeleton. 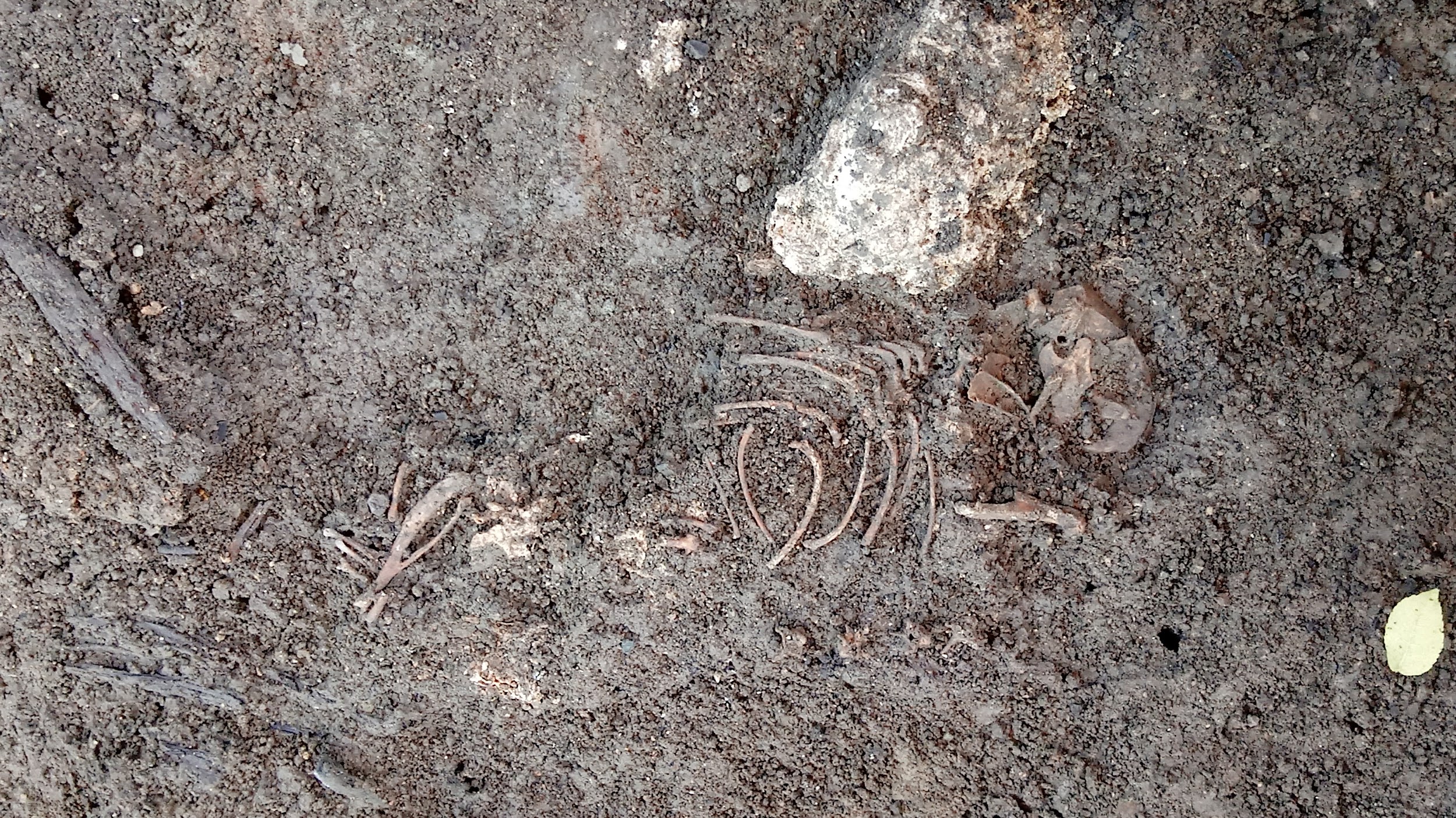 The rest of ‘Clearance’

This entry was posted on Monday, July 10, 2017 at 9:00 am and is filed under Field Reports. You can follow any responses to this entry through the RSS 2.0 feed. Both comments and pings are currently closed.