All the below Field Specimens (FS) were discovered during the excavations of Block 8. We are slightly north of the center of the Block.

This fragment exhibits a cracked off rim finish. These jars were patented in the late 1850s. 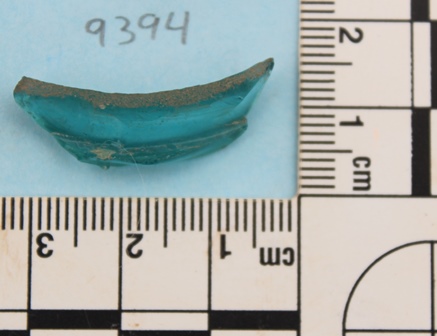 During excavations of Block 8 (one of the prisoner barracks), James Sims and Renee Hennemann found two field specimens that Dr. Bush identified as some of the hard rubber jewelry created by Confederate prisoners at Johnson’s Island Civil War Prison. Hard rubber can last a very long time in the soil as it does not decompose as fast as some other materials. The specimens were in the shape of small rings, used as chain links to create necklaces and other jewelry. Both are 8mm in diameter, with cut side edges. Their thickness varies slightly. They resemble small washers.

Hard rubber jewelry was popular at the time as an alternative to jet or mourning jewelry. Some of the prisoners at Johnson’s Island―most notably William Peel, Robert Smith, and William Waesche―were well known for their skill in creating such jewelry.

Saw marks are visible on the outside edges from where the craftsperson would cut the rings from long hollow tubes. They would then slice them open, link them together, and melt the cut portion of the rings to be solid again. Contrary to what was done in some other prisons at the time of the Civil War, the jewelry made at Johnson’s Island was primarily sent back home to friends and relatives to wear in support of the southern PoWs held captive in the northern territory. Other prisons made trinkets in order to sell it locally, to raise money to improve standards of living. Many other hard rubber specimens have been found over the years at Johnson’s Island, and we expect to find more as we continue excavations of Block 8 and the associated latrines. 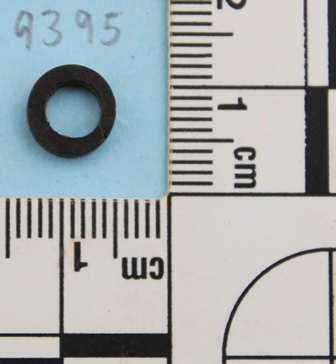 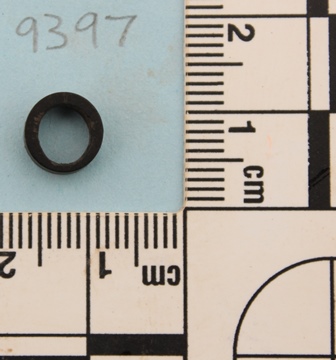 This FS was found in Block 8 and suggest the prisoners played games amongst each other while at the prison. The piece was broken, and the edge was slightly “worked” making it appear as though it may have been salvaged into a checker piece. 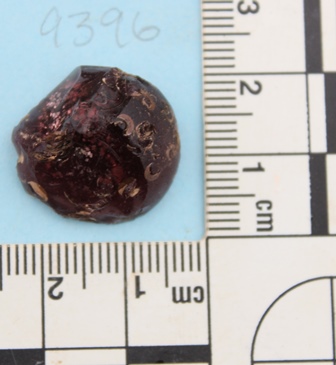 This artifact is probably from a patent medicine bottle. It exhibits the letter ‘L’ and is clear glass. This FS was also found in Block 8 and suggest that the prisoners had access to patent medicines to treat the sick in the Block. The “L” may be from the word vegetable. 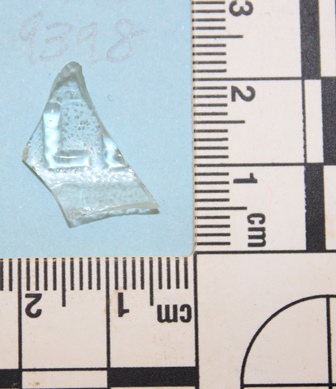 This is a button from prisoner clothing and looks as though it came right off a shirt. This artifact was found in Block 8. Prosser buttons are white porcelain and have been called “china” or “pearl” buttons in collector literature. The most common style button found at Johnson’s Island is the Dish Style prosser. The Ink Well style represents only 3% of the prosser buttons recovered from Johnson’s Island. 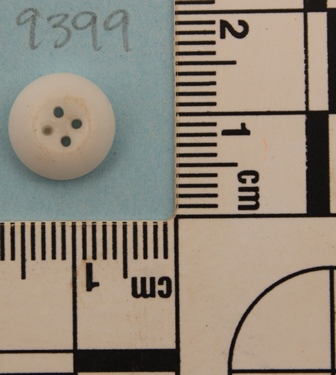 Probably from a U. S. A. HOSP DEPT medicine bottle. The majority of the sick prisoners were not admitted to the prison hospital. Therefore, it is not unusual to find hospital related items in the general housing blocks. 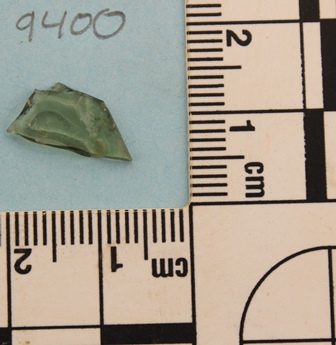 Probably from a chamber pot. Each Block had many of these issued to the prisoners and it is not unusual to find fragments of them in the Block areas. 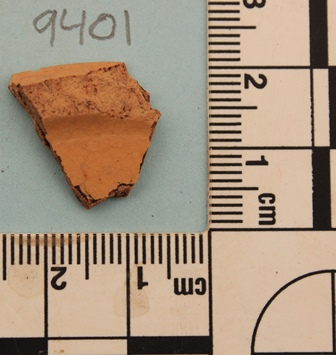 This entry was posted on Tuesday, July 15, 2014 at 12:00 pm and is filed under Field Reports, Special Finds. You can follow any responses to this entry through the RSS 2.0 feed. Both comments and pings are currently closed.